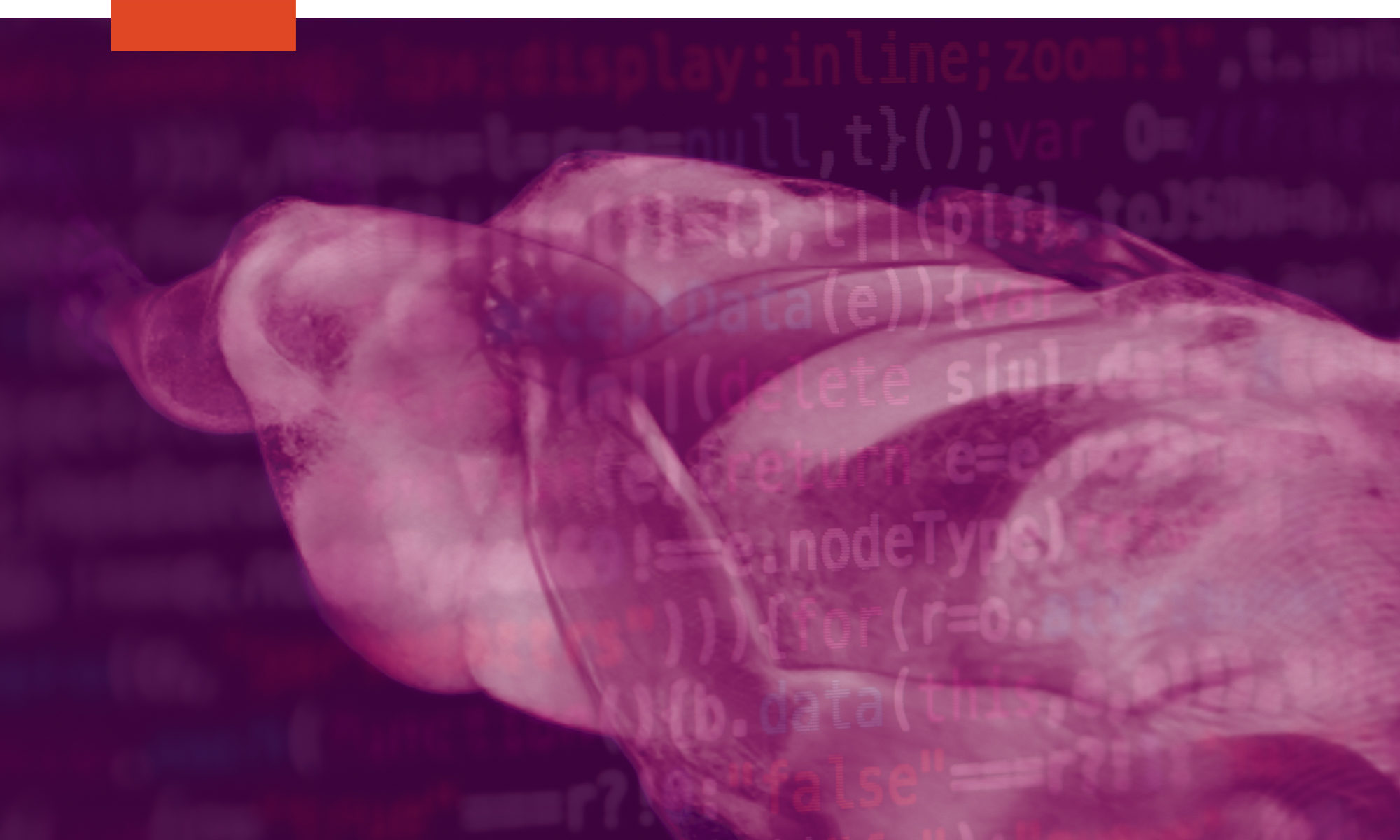 The Know Thyself team is an interdisciplinary group of researchers. The project therefore started with a series of introduction presentations where every two weeks researchers gave 20 minute introductory talks about the work and how they see it relating to the Know Thyself project. Before are screen recordings of the presentations that were delivered with Zoom.

University of Alberta / Dr. Lianne McTavish’s interdisciplinary research centres on early modern French medical imagery. She has published over 40 single-authored articles in journals such as Social History of Medicine and Medical History, as well as a single-authored monograph titled Childbirth and the Display of Authority in Early Modern France (2005) (and 4 other books). Dr. McTavish has curated several art and science exhibitions, including Perceptions of Promise in 2010 and Flux in 2017.

University of Alberta / Dr. Martin Ferguson-Pell is a biomedical engineer and credentialed clinical scientist, dedicated to the study of secondary complications of physical disability. He designed and developed a new Rehabilitation Robotics Laboratory in the Edmonton Clinic Health Academy and uses virtual reality systems to simulate the biomechanical and physiological conditions faced by long-term wheelchair users and elite wheelchair athletes. He recently announced the creation of a not-for-profit called ELIXR Simulations in partnership with Health City and supported by the SMART Network.  ELIXR is intended to bridge the gap between the development of proof of concept XR content and its publication and distribution. ELIXR works in collaboration with YEG post secondaries, Health City and a network of XR industry collaborators.

University of Alberta / Dr. Greg Kawchuk’s research interests focus on defining the mechanisms that initiate and sustain spinal disorders so that clinically relevant strategies can be developed toward their prevention or resolution. A major component of his research involves developing new technologies to assess spinal structure and function, then using those technologies to evaluate various clinical interventions.

University of Alberta / Dr. Nathanial Maeda is a Post-Doctoral Fellow conducting research and development in virtual reality technologies as the lead of the Cognitive Projections program: an inter-faculty collaboration that researches, develops, and implements cutting-edge Virtual and Augmented Reality applications for education and healthcare.

University of Alberta / Craig Chapman Associate Professor, Faculty of Kinesiology, Sport, and Recreation, studies how the brain makes decisions that allow people to successfully navigate their world, targeting relevant objects for action and ignoring or avoiding irrelevant ones.These decisions play an essential role in healthy living, but often fall below conscious awareness. Chapman asks what is the added value of consciousness, and what does it mean for non-conscious decision processing to play such a strong role. The question suggests an important blurring of the distinction between the conscious and the non-conscious. In his lab, Chapman uses a detailed analysis of sensorimotor processing that integrates eye-tracking, electroencephalography and motion-tracking. This has shown that a decision about making a movement doesn’t end once the movement is initiated, but continues until the movement is complete. Therefore, movements provide a window into deciding and thinking, and movement recording is a powerful research tool for science and a diagnostic tool for medicine.

University of Alberta / Dr. Scott Smallwood is a sound artist, composer, and performer whose work spans from acoustic concert music to interactive installations. Dr. Smallwood is currently working on Lost Garden, sound-focused VR game for which he is developing ambient compositions to be experienced in virtual reality. He also has expertise in field recording and interactive sound.

University of Alberta / Daniel Evans is a graduate student in Art & Design at the University of Alberta in Edmonton who seeks to adapt the languages of folklore and mythology to explore our evolving relationship with technology. His work focuses on the various forms of our relationship with data and analytics, on how technology impacts our perceptions of the body and the self, and on how these relationships shape and are shaped by various belief and value systems. Bringing traditional printmaking and drawing into an expanded field through the incorporation of augmented and virtual reality, 3D modelling, and rapid prototyping, he draws upon hybrid mythological figures and shapeshifters to reflect on the intrinsically connected nature of our physical and digital worlds.

University of Alberta / Marilène Oliver is Assistant Professor of Visual Art at the University of Alberta in Edmonton. Her work is at the crossroads of new digital technologies, traditional print, and sculpture. It focuses on producing objects that bridge the virtual and the real worlds. She uses medical scanning technologies such as MRI, CT, and PET in works that allow us to materially contemplate our digitized selves. She has exhibited internationally, at the Royal Academy in the UK, the MassMoCA in the US, and the Copernicus Museum in Poland. Her work is also held in a number of private and public collections around the world. She leads LASERAlberta, a series of Arts-Science public talks affiliated with Leonardo ISAST.

University of Alberta / Dr. Ubaka Ogbogu is an Associate Professor cross-appointed to the Faculties of Law and Pharmacy & Pharmaceutical Sciences. Ogbogu’s research interests are in health law, public health law, science and health policy studies, law, bioethics and biomedicine, legal history of public health and health care in Canada. He is particularly interested in the points of confrontation between ethics, morality, economics and law in relation to the governance of novel and controversial health care technologies.

University of Alberta / Fahim Hassan is a Ph.D. student at the School of Public Health at the University of Alberta. His research interest is to study the application of machine learning in public health surveillance, risk communication and health promotion. He is also currently working at the Ministry of Advanced Education at the Government of Alberta. As a civil servant, he has contributed to various government initiatives on open data, social determinants of health, and health informatics. In addition, he is serving as the Vice-chair in an advisory council member for Alberta Health Services in the Greater Edmonton Area. As council member, he works with local communities on health promotion activities and shares their voices to healthcare service providers.

University of Alberta / Katrina Ingram is passionate about art, technology, business and education – all of which are reflected in her diverse career path. A marketer by trade, she spent her early career in the software sector. She segued into media, joining the Canadian Broadcasting Corporation and then landing at CKUA Radio where she held the role of Chief Operating Officer until 2017. She is also a session faculty member with MacEwan University. Katrina holds a Bachelor of Business Administration from Simon Fraser University and recently completed her Master of Arts at the University of Alberta with a focus on Communications & Technology. Her recent work has been in the area of Artificial Intelligence and ethics. Since completing her degree, Katrina has founded a company called Ethically Aligned AI which is an extension of her graduate research and aims to help companies build better AI.

Queen’s University / Dr. Gabor Fichtinger is a Professor and Canada Research Chair in Computer-Integrated Surgery, School of Computing, Queen’s University. His research and teaching specialize in computational imaging and robotic guidance for surgery and medical interventions, focusing on the diagnosis and therapy of cancer and musculoskeletal conditions. He is the director of the Laboratory for Percutaneous Surgery, a core contributor to the 3D Slicer open-source software platform and PI of several open-source translational research platforms dedicated to image-guided surgery, radiation therapy, and interventional ultrasound.

University of Alberta / Dr. Pierre Boulanger is Professor of Computing Science and at the Department of Radiology and Diagnostic Imaging. Dr Boulanger has more than 35 years of experience in 3D computer vision, rapid product development, and the applications of virtual reality systems to medicine and industrial manufacturing. He is currently the Director of the Advanced Man-Machine Interface Laboratory as well as the scientific Director of the Servier Virtual Cardiac Centre.

University of Alberta / Jonathan Garfinkel‘s written works have been translated into twelve languages, and his plays have been produced throughout Canada, Germany, Russia and Ukraine. He is the author of the books of poems Glass Psalms (Turnstone Press) and Bociany/Storks (KFB, 2017). He has written numerous plays including The Trials of John Demjanjuk: A Holocaust Cabaret and the Governor-General shortlisted House of Many Tongues. His memoir Ambivalence: Crossing the Israel/Palestine Divide was published in five countries to critical acclaim (Penguin Canada and Norton & Norton US). Named by the Toronto Star as “one to watch”, he is currently doing a PhD in MLCS at University of Alberta. His project, A Diabetes Diary: Towards A Daily Phenomenology, is a memoir project about living with Type 1 Diabetes and living with ‘Loop’, a DIY, open source hack that creates a closed loop, artificial pancreas system with an insulin pump, smart phone and CGM.

University of Alberta / Geoffrey Rockwell is a Professor of Philosophy and Humanities Computing at the University of Alberta and is the associate director of University of Alberta’s signature area AI4Soceity. He received a B.A. in philosophy from Haverford College, an M.A. and Ph.D. in Philosophy from the University of Toronto. From 1994 to 2008 he was at McMaster University where he was the Director of the Humanities Media and Computing Centre (1994 – 2004) and he led the development of an undergraduate Multimedia program funded through the Ontario Access to Opportunities Program. He has published and presented papers in the area of philosophical dialogue, textual visualization and analysis, humanities computing, instructional technology, computer games and multimedia. He is the project leader for the CFI (Canada Foundation for Innovation) funded project TAPoR, a Text Analysis Portal for Research, which has developed a text tool portal for researchers who work with electronic texts. He is the author of “Defining Dialogue: From Socrates to the Internet”, published with Humanity Books.