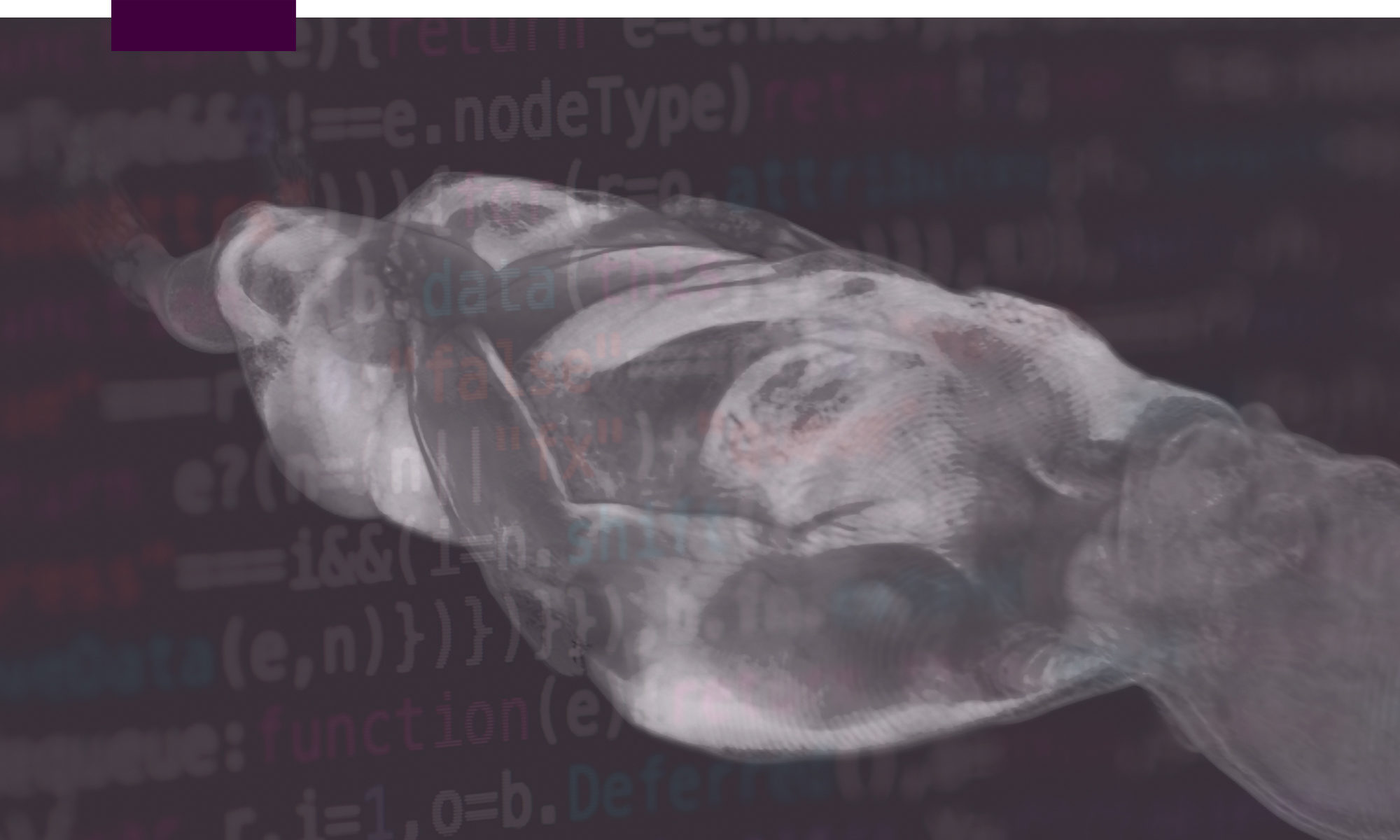 Know Thyself as a Virtual Reality

Know Thyself as a Virtual Reality is an exhibition of seven new virtual reality artworks made using personal data (such as medical, biometric, and social media data) as part of the broader KTVR project. Five of the VR works are created by invited artists and two of the works have been made by an interdisciplinary team at the University of Alberta. All artists in the exhibition invite visitors to explore and question the different virtual worlds they have created, placing their own bodies and embodied experience of being digitized at the centre. Each artist experimented with digital technologies, many working with experts at the Peter S Allen MR Research Centre at the University of Alberta to acquire high-resolution magnetic resonance (MR) scan datasets of their diverse bodies to feature in their VR artworks.

Guest artist aAron Munson acquired functional MRI scans of his brain after extended periods of meditation and then intensive social media use to question how addictive social media platforms are changing the way we place and hold attention. Chelsey Campbell, an artist who works through the lens of critical disability theory, placed her MR scan into a LiDAR scan of her own bedroom, a site of rest and care. Dana Dal Bo hides her data in a large empty office space full of desks with unattended computers that display views from the windows of Amazon’s Mechanical Turk workers. Lisa Mayes’ virtual world is based on her genetics report from 23andMe, which provided her with a quantitative breakdown of the geographical origins of her ancestors. Nicholas Hertz’s VR artwork, A mirror with no reflection, focuses on the experience of the MR scanning itself, exploring the MR imaging machine as liminal space that exists in between knowing and not knowing about the dangers that might be hidden within the body.

The collaborative team at the University of Alberta led by Marilène Oliver and Scott Smallwood have created two complimentary VR artworks for the exhibition, My Data Body and Your Data Body. The works transform medical scans, social media posts, biometric details, and personal identification numbers to analyze the politics and ethics of disseminating digital information. As the titles of the artworks suggest, My Data Body seeks to make visible and manipulable all the data humans now endlessly generate and are responsible for as individuals, whilst Your Data Body troubles how we interact with, and are equally responsible for, the data of others.

Some of the artworks offer comfort while others are disorienting, with each artist creating unique and original digital worlds in which to re-present their digitized bodies and selves. The immersive encounters offered by the artworks are not commercial products to consume. They are engaging and sometimes unnerving, but also enabling; they allow users to try out innovative virtual worlds, to agree or refuse to be vulnerable within them, and to contemplate both what virtual reality might become and what reality might become if it is virtual.